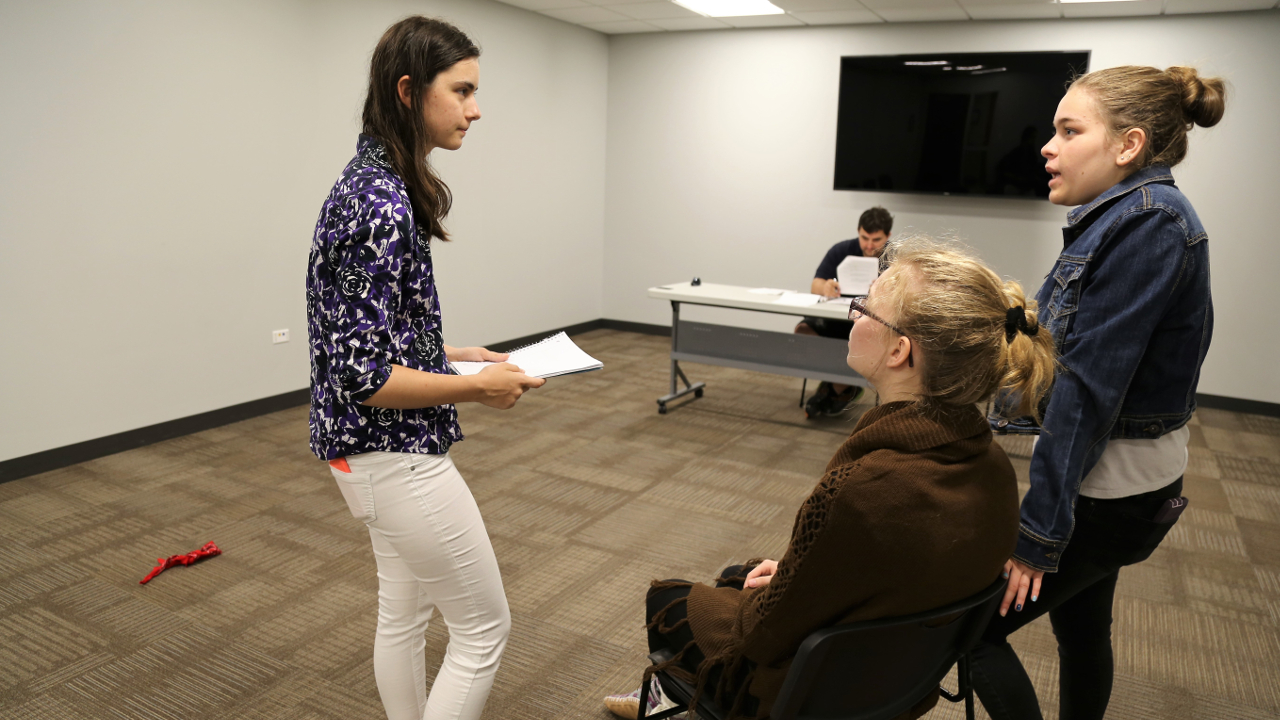 High School Comedy Playhouse presents “A Night of Laughter With HSCP,” featuring a night full of three one- act plays at Cutting Hall Performing Arts Center, 150 E. Wood Street, in Palatine. This Palatine Park District program was created to give high school students an opportunity to participate in a comedic play during the summer months. Performances run Friday and Saturday July 20-21 at 7pm and Sunday, July 22 at 3:00pm.

Directed by Christopher Pantelis of Hoffman Estates, the first half of the night will feature two acts, “Gorgeous” and “Now Boarding.” “Gorgeous,” by Drogheda Woods, tells the story of an actor’s desperate attempt to land a leading role for a director who may not have a solid grip on reality. In “Now Boarding” by Macee Binns, a high powered business woman and a tough girl from the streets make for a turbulent, comedic flight from Los Angeles to Tallahasse.

The second half will feature an original script, written by the teen actors themselves. “Their unique story follows a group of friends who must escape the approaching terror of Mr. Evil DarkLord,” Pantellis said. The play combines scripted work, with a bit of improvisation. The audience will have the opportunity to interact with the show by choosing the outcomes of the characters. Will they make it out before Mr. Evil DarkLord finds them? Or will the villain take his revenge? The audience will decide!

The show stars Amanda Lisitza and Hailey Bond from Carey Grove, and Emma Kaden of Arlington Heights. Assistant Director is Declan Shannon of Palatine. All actors are returning from previous years.

Pantelis is also returning for his third year as Director of HSCP. “This year is unique with the cast of three,” Pantelis said. “HSCP gives teens an opportunity to experience theatre outside of high school. It is a bit of a challenge to be funny and be in the moment and not let yourself laugh,” he said. Pantelis has plenty of experience with comedy as he has coached comedic speech for several years, and is currently coaching at Fremd High School. He has also acted in several performances.

“The show is perfect for teens and adults,” said Ashley Schiavone, Cultural Arts Coordinator. “We tend to see a lot of musical theatre but comedic plays are featured in this program because it provides an opportunity to learn and interact with an audience,” she added.

Tickets are available for purchase through the Cutting Hall Box Office online at cuttinghall.org, by phone at 847.202.5222, or in person at the performing arts center. Tickets are $15.00 for adults, $13.00 for seniors, and $11.00 for students and children. For more information about High School Comedy Playhouse, contact Cultural Arts Coordinator Ashley Schiavone at aschiavone@palatineparks.org or 847.496.6237. 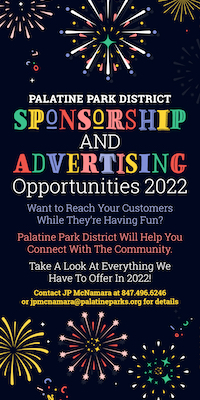