The Four C Notes are the Midwest’s only tribute recreating the music of Frankie Valli and the Four Seasons, whose rags to riches story was the basis of the smash hit, Jersey Boys! The show is 90 minutes of nothing but the best of Frankie Valli and the Four Seasons. Performed with either high quality music tracks or a live band, it is a non-stop party with some of the biggest hits of one of the most iconic groups of all time! The Four C Notes have been seen all over the country since 2013; from Des Moines, to Milwaukee, to Omaha, to Baltimore, to D.C. to Maine. A local group with a national following, the Four C Notes are a real value!

Emmett’s Lunch and Concert Package available for $30 per person. Lunch at Emmett's will include Lemon Chicken and Penne Pasta. 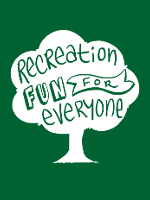